Choose arrival and no. of days

Choose apartment type (no choice made)

About the holiday home

Holiday cottage located in quiet area. approx. 200 m from Ringkøbing Fjord, where there are excellent surfing opportunities and other water sports. The kitchen was modernised in 2007. To get to the bay you must go through the reeds. Approx. 15 km to the beach on the North Sea. No letting to youth groups.

Spend your holiday near Ringkøbing Fjord.

The Ringkøbing Fjord area, on the east side of the fjord, is a region that is characterised by its many holiday homes: from Bork Havn in the south, Hemmet Strand and Skaven in the centre, to Stauning in the north. It is situated in what is known as the "Nature's Kingdom", in what is Denmark's largest municipality. With its 300 sq. km., at 30 km. long and 8 km. wide, Ringkøbing Fjord is the largest of the inland West Jutland fjords. It is shielded from the North Sea by the narrow, long spit - Holmsland Klit - and connects to the North Sea at Hvide Sande via a lock.

Stay in a holiday home near scenic Ringkøbing Fjord

A visit to Skjern Ådal with its bird observation tower, picnic area and footpaths is a must. Ringkøbing Fjord is an incredibly beautiful, unspoiled area, surrounded by large expanses of salt marshes. The fjord has been to important to fishermen who have benefitted from the rich fjord's rich animal and bird life down through the years. Today, Ringkøbing Fjord contains some of Denmark's most important areas for birds, which is why large parts of the area are protected (the Tipperne Reserve). Værnegene and the Tipperne Reserve provide resting/foraging areas for large numbers of waders and migratory birds.

The area is a "refuge" for animal and bird life, and restrictions are, therefore, imposed on us humans, both in terms of our means of transport and visiting times. Here, just for once, things are run on the animals' / birds' terms. Efforts are being made to to preserve the area in a hectic world where everything is constantly changing.

Attractions and sights to visit along Ringkøbing Fjord

Stay in a holiday home near scenic Ringkøbing Fjord

DanCenter holiday home rentals has a large selection of holiday homes near Ringkøbing Fjord. In Bork Havn, Skaven and Stauning, the authentic harbour environments have been preserved and the focus is very much on the maritime atmosphere. Discover the harbour in Bork, where commercial fishermen tie up at the quayside and sell freshly caught flounder and plaice. The present meets the past here at the harbour on each era's terms. At the drying area, the nets and traps are dried by the fresh air. The harbour's history is conveyed interestingly through posters and old fishing gear displayed in the newly built fishing lodge on the quay. A holiday here should include a visit to the port of Bork. Hemmet Strand, a holiday home area, in a beautiful location right beside Hemmet Beach. Many of the holiday homes here are situated in a hilly, wooded area with paths leading to the lovely beach. At Skaven, you can watch the ferries cross Skjern Å (Creek) and, at Stauning, you can visit the Danish Aircraft Museum.

Along the west side of the fjord, lie some of Denmark's best beaches. Here, you can enjoy a day out by the North Sea to the full. South of Ringkøbing Fjord is Blåbjerg Dune Plantation, where you'll find Denmark's highest dune at 64 metres. The plantation is a mix of woodland and heathland, and is the obvious choice of you're looking for a place to hike or enjoy a bike ride, particularly on a mountain bike, which is recommended. Incidentally, there are bike paths/cycle routes to and around the fjord (105 km.). Nearby: Nebel Rail Bikes. Try your hand at riding a rail bikes on the abandoned railroad.

The west coast of Jutland is characterized by the North Sea

- or Vesterhavet, as the Danes call it. The skies are wide and open in this part of Denmark, there's plenty of salt water spray, beaches that go on and on, and impressive scenery. The Limfjord countryside to the north is gentler, hilly and lush with small sounds, inlets and broads.

Sheltered behind the dunes of the west coast, there are huge plantations, and on the central Jutland moors, wide open meadows of heather. Skallingen, north of Esbjerg, is where the Wadden Sea begins with its characteristic tides and flat marshlands.

Along most of the west coast, there are long, wide beaches with fine white sand and large expanses of dunes. The sea here can be violent. In the Limfjord, the water is calmer and this is where you'll find many child-friendly beaches.

The destinations around Ringkøbing Fjord

- to name just a few. Bork Havn , Hvide Sande and Søndervig - the unique area where the fjord meets the sea. Holmsland Klit is the long, narrow sand spit that shields Ringkøbing Fjord from the North Sea. Holmsland Klit is about 40 km long and 1-2 km wide. High dunes, beds of heather and lush meadows characterise this unique area between the North Sea and Ringkøbing Fjord. A little further to the north are large, unspoiled areas in tranquil surroundings near the dunes and forests, the type of scenery that Vedersø and Husby are known for. From the 40 meter high cliff at Bovbjerg, there is a fantastic view of the sea and the countryside.

Blåvandshuk is westernmost point. From here, you can see Horns Rev Offshore Wind Farm - one of the world's largest wind turbine parks. Blåvand Lighthouse is one of several dotted along the the west coast. In the area around the lighthouse, there are 50 bunkers, which are the remains of a fortification from World War II. What's more, not only here, but also all along the west coast, you can see the remains of bunkers.

The large expanses of dune along the west coast are the largest in Denmark and the sea views here are endless. The inland plantations offer many opportunities to enjoy nature to the full; in Klosterhede Plantation south of Lemvig, you may spot a beaver, and in the plantations at Blåbjerg and Oksbøl, you'll find Denmark's largest population of wild game.

The narrow, spit at Holmsland Klit not only has long beaches, it is also a beautiful, protected nature reserve. Near Skjern Å (or Creek) and in the unique surroundings nearby, you may be lucky enough to run into an otter or even catch a salmon in the creek.

Shortly after booking holiday accommodation through DanCenter you will receive your booking confirmation. This confirmation constitutes your rental agreement containing all necessary information. On the first page you will find information about the addresses of your holiday home and the key pick up place, as well as a directions on how to find the house. On the following pages you will find the invoice for the stay you have booked complete with transfer order/inpayment form, stating the due dates.

On arrival at the key pick up point, you will be asked to present your rental agreement whereupon you will be handed your key as well as an electricity-envelope on which the meter readings of all consumption dependant expenses (electricity, heating, water, etc.) are to be noted upon arrival as well as departure.

Arrival can take place from 4 p.m. on the day the rental period commences.

If you can not reach your destination until eg. late evening, our local offices will be closed. Therefore please contact us in time to make arrangements with regards to the key and the deposit. The contact information of the local office can be found on your rental agreement or under the menu Kontakt on dancenter.dk

All holiday homes are equipped with all kitchen utensils, duvets and pillows necessary for the maximum amount of persons, which the house can room. Bed linen, dish cloths, table cloths etc. can be rented at the local office or online, if you prefer not to bring these items yourselves.

Examples of extras you can book

When you book a baby cot, please note that we can not guarantee space for the cot in the master bedroom. If the house description say there is a cot in the house and you only need one, booking is unnecessary.

You can also book delivery of the extras you rent. This way you do not need to drive several times between the holiday home and local office.

Please note that in high season, extras might be sold out. Therefore we recommend you to always book extras and final cleaning when booking your holiday home.

Other guests recommend these homes in Stauning:

200 m to coast.Untraditional holiday cottage in 2 split levels located approx. 50 m from the fjord. From the large kitchen area there are 4 steps to the living and dining area, which offers panoramic views of the fjord ...

400 m to coast.A holiday cottage with a smart layout, making sure the whole house is perfectly utilized. Relax in the whirlpool for 2 people or the sauna after a long day outdoors. The house is very well-equipped and ... 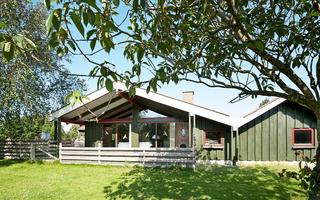 400 m to coast.Well-kept and spacious holiday cottage located close to fishing waters and Stauning Havn. Bright furnishings with TV, stereo system with CD player, washer, dryer, wood-burning stove and energy-efficient ...
Holiday home Stauning X
As your arrival will be within short time, we ask you to book the holiday home by calling tel. no. +45 75 28 08 11.